I’m working on a little something for you, and this dish absolutely fits with its theme: the Swiss Weeks! Throughout the month of March I will post daily treats and musings on my Instagram account @lespoissonchats, all related to where I come from at the Eastern border of Switzerland. There’s going to be many sumptuous meals with unpronounceable names and glimpses at the landscapes of my childhood. 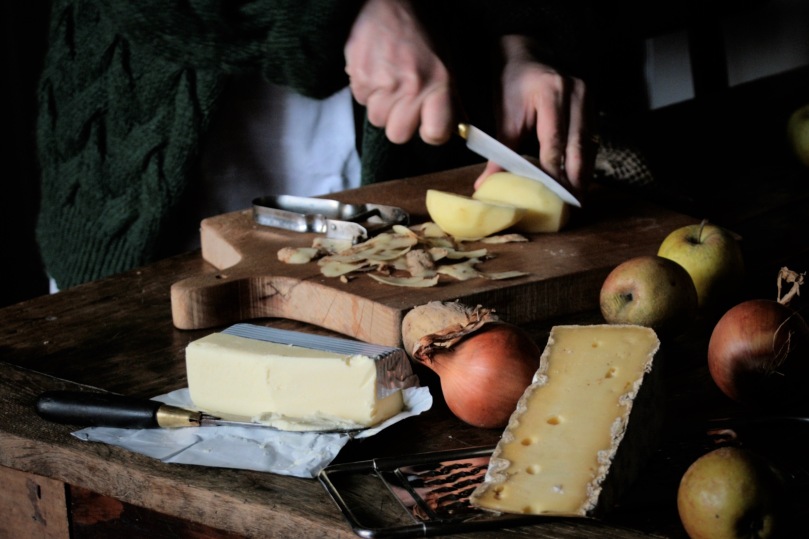 The dish I present you with today, as a sort of a pre-announcement, is called Chäsmagrone mit Öpfelmues. It’s a regular in Swiss farmhouse cuisine, and was the absolute favourite dish of my grandfather Neni and me. We would have easily lived on this weren’t it for mother and grandmother Nani who imposed variety upon our modest palates.

It basically comprises pasta and cheese, but the secret lies in copious butter, eggs and cream. And the little side treats. We always ate it with apple compote, the acidity of the apples balancing the round taste of the buttery dish and Bölleschweissi, glazed onion slices that add the right dose of temperament. 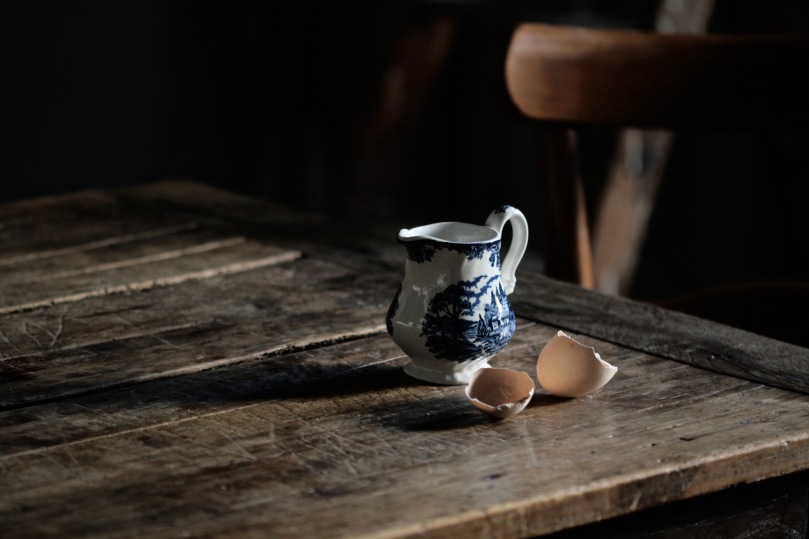 What you’ll need for Chäsmagrone for about four persons

We start with the Öpfelmues

Halve the apples and remove the cores, cut into wedges and transfer to sauce pan. Gently heat and reduce to low temperature as soon as it cooks. Add a teaspoon of sugar and let simmer. It shall be cooked by the time the Chäsmagrone are finished. Before serving, add a nut of butter and a whiff of cinnamon. Oh, and I may or may not have added a sip of calvados but don’t tell the Swiss. 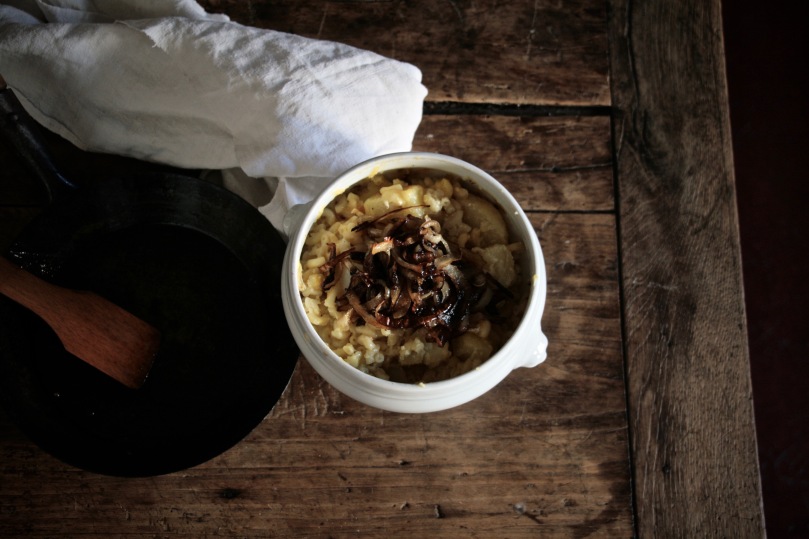 How to make the Chäsmagrone

Peel and quarter the potatoes and cook in salted water for about 15 minutes. Add the pasta and cook until soft. You may have to adjust the cooking time so that both potatoes and pasta are done at the same time. Alternatively, you may cook them in separate pans in order to avoid under/over cooking.

Take a large terrine and butter well. Scoop a layer of pasta, some potato quarters and a whiff of muscat into the terrine. Generously cover the layer with grated cheese. Of course it tastes best with Swiss alp cheese, but for some of us that’s rather hard to get. In the end, any yellow cheese will work, as long as the cheese isn’t too old yet strong and tangy, so as to make you sit straight. Continue layering the terrine and finish with another layer of cheese. Pour the cream over the mass and bake in the oven for about 20 minutes.

Meanwhile, start on the Bölleschweissi. Peel the onions and halve them. Cut into half circles about 2mm thick. In a cast iron pan, melt a generous nut of butter and slowly caramelise the onion half circles until golden. Be careful not to burn them if you want them to taste sweet and savvy. 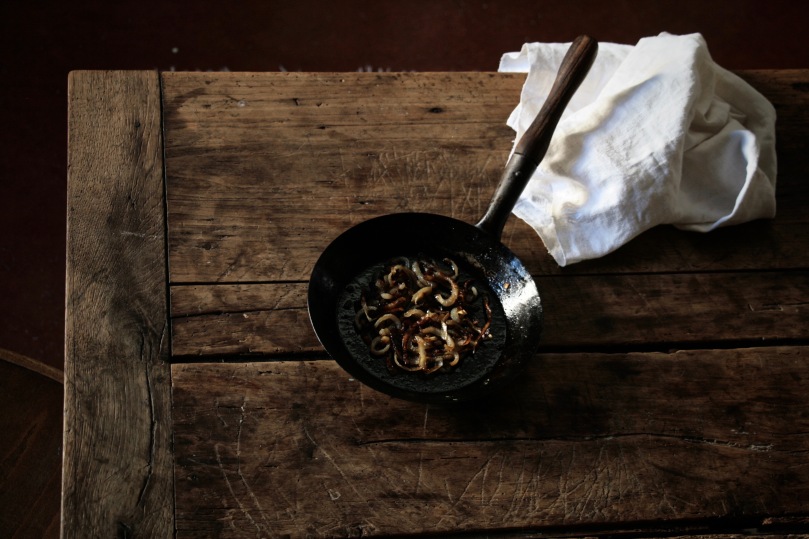 Take the Chäsmagrone from the oven when cooked, add the egg and gently mix. Put the Bölleschweissi on top and serve the apple compote in a separate bowl.

Enjoy with a glass of rustic apple cider.

Be careful not to overeat yourself. 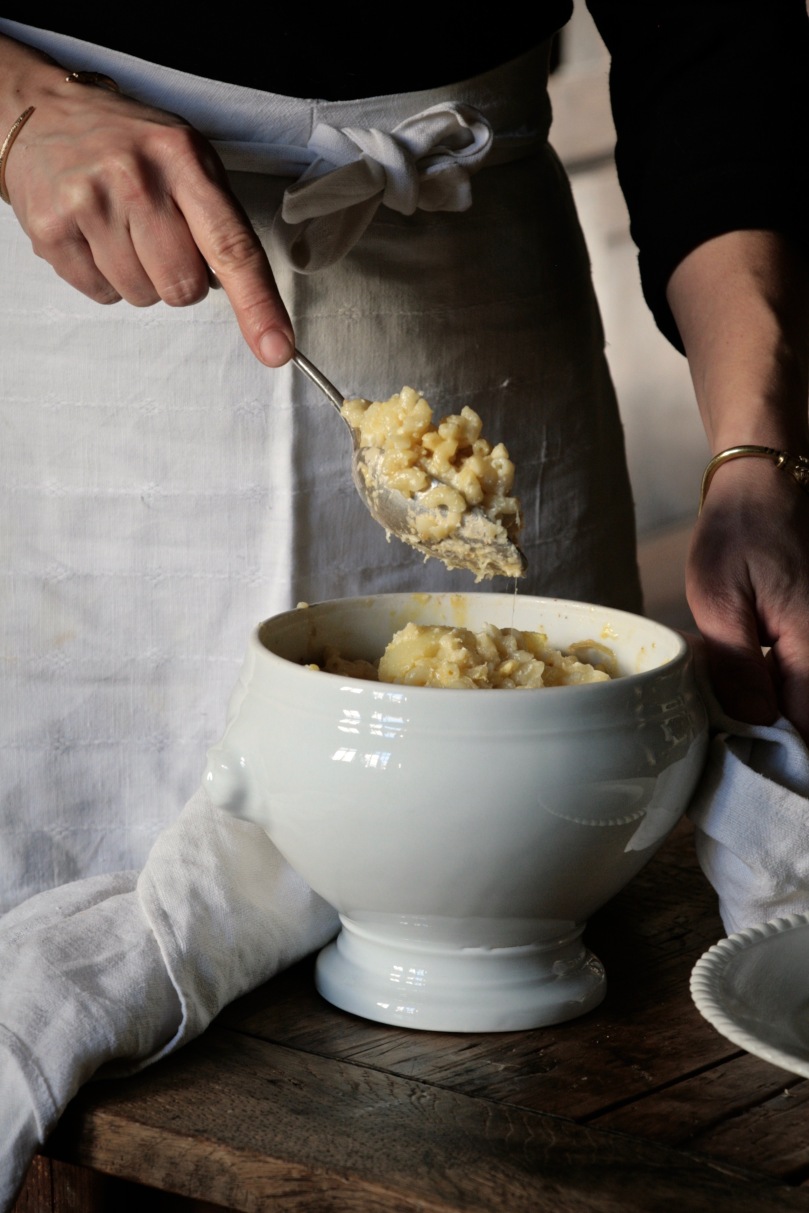 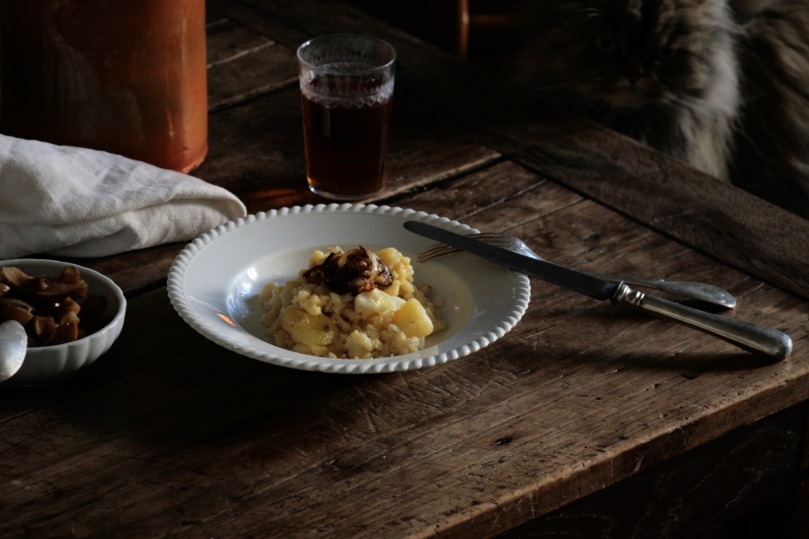 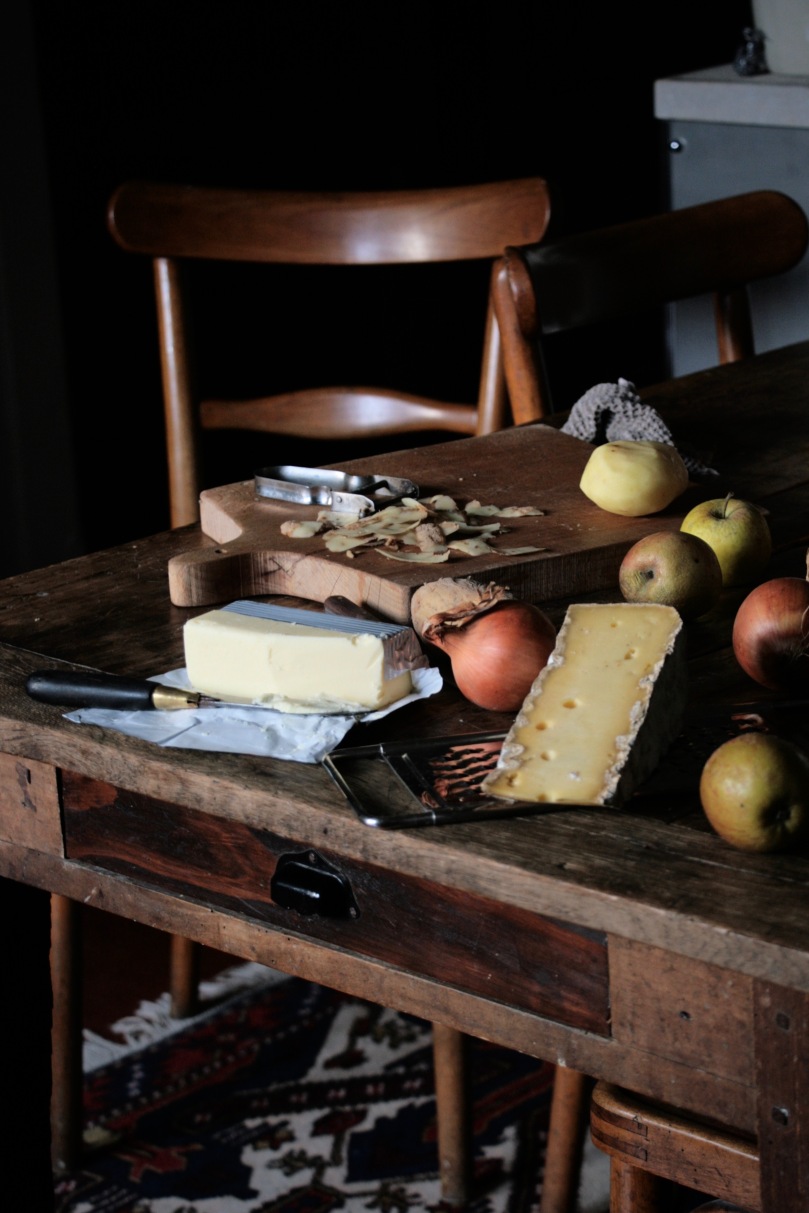 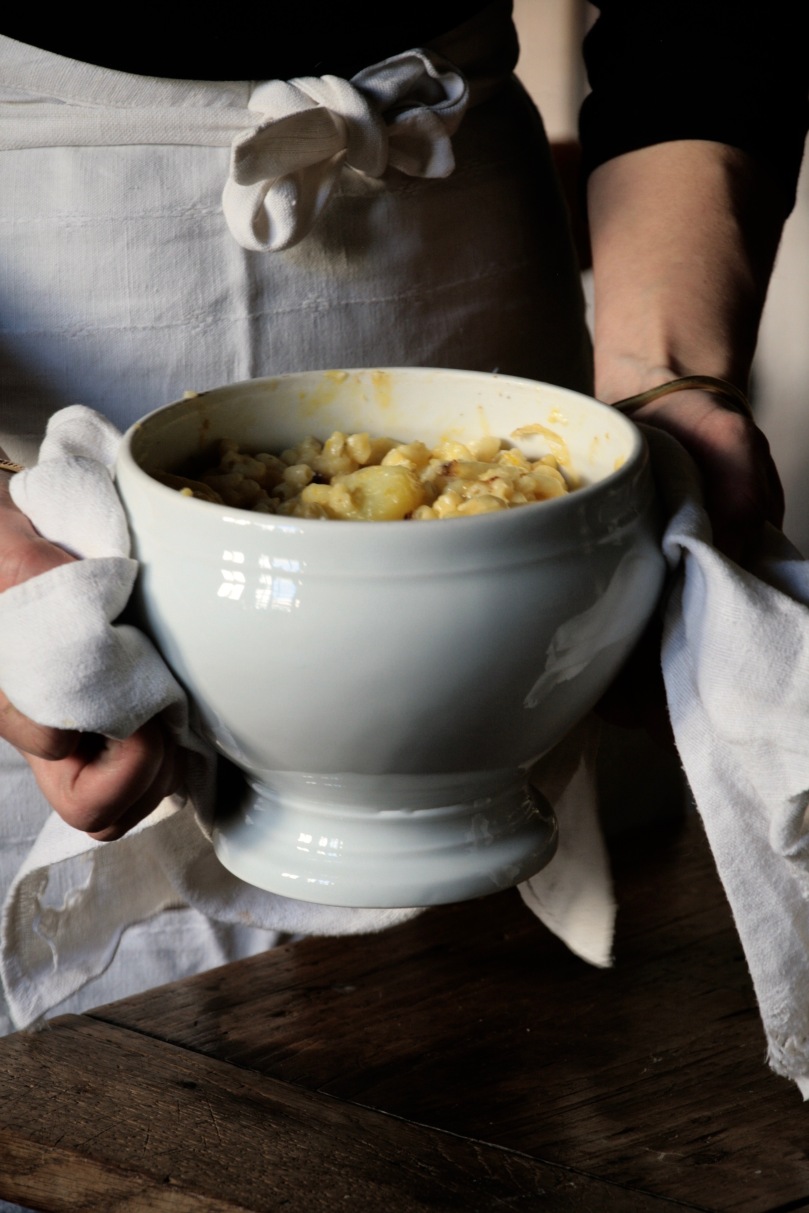