In fact I had planned on giving you the recipe of my Fameuse Pintade à la Marengo, but then it’s the year of plans overthrown, hence, today it shall be a Saumonette Feuilletée for you*.

While plans overthrown might not always be easy to deal with**, occasionally there might be something good coming from it. Such as surprisingly gorgeous recipes. Perhaps it is as well a matter of how one looks at situations, at any rate I suppose it is better to deem a glass of nice bubbly half full than half empty.

Speaking of glasses of bubbly, the workshop season continues in August, and though groups might possibly be smaller due to the situation, I am still so much looking forward to it. Accordingly, there still are odd places available, and I’d be so happy if you would like to fill one of these. Just drop me a message at lespoissonchats@gmx.ch!

So, the saumonette. It is likely to make it into the menu lineup of the Ride of the Valkyries workshop this autumn. A very delicate fish, wonderfully buttery, which needs to come absolutely fresh. In case you won’t have one at hand, any other type of fleshy white fish will work too though.

Half a handful of tarragon leaves

How to cook it

Cut the green leaves from the Swiss chard and set them aside. Finely chop the stems and in a separate bowl mix them with the ricotta, the salt and pink pepper, the chopped tarragon and the juice of half the lemon. If you have a good organic lemon, grate the zest too. Roll out the puff pastry dough so as to fit and wrap the saumonette.

Lay the Swiss chard leaves on the dough and add half the bowl of the ricotta mixture. Put the saumonette on top and add the rest of the ricotta. 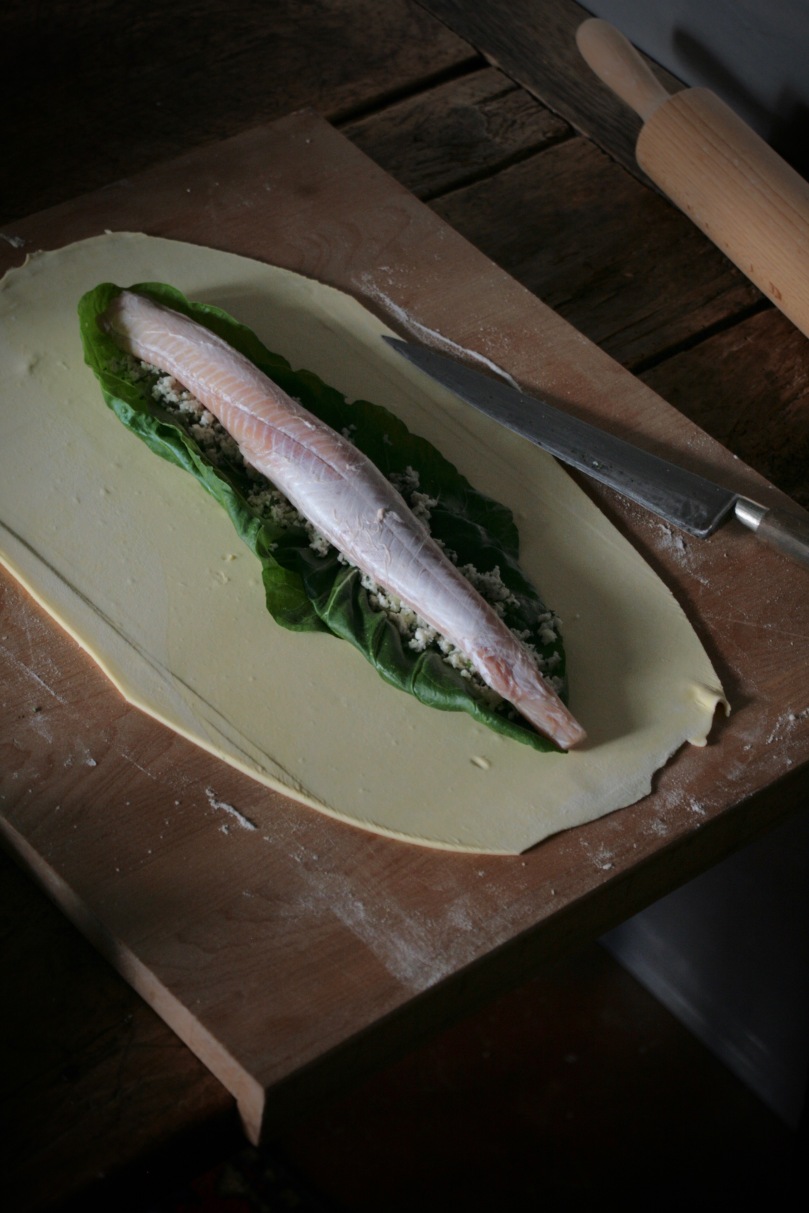 Then cut the dough into parallel stripes, so as to be able to braid it over the saumonette.

Wrap one ending and form into a fish tail. Tuck in the remaining dough at the other ending to form the head. Brush with egg yolk and bake for 10 minutes, then reduce the temperature to 180° and finish baking for another 15 minutes.

How to eat it

Dress on a nice fish plate and serve warm as a starter or as a light main for a summer déjeuner in the garden. 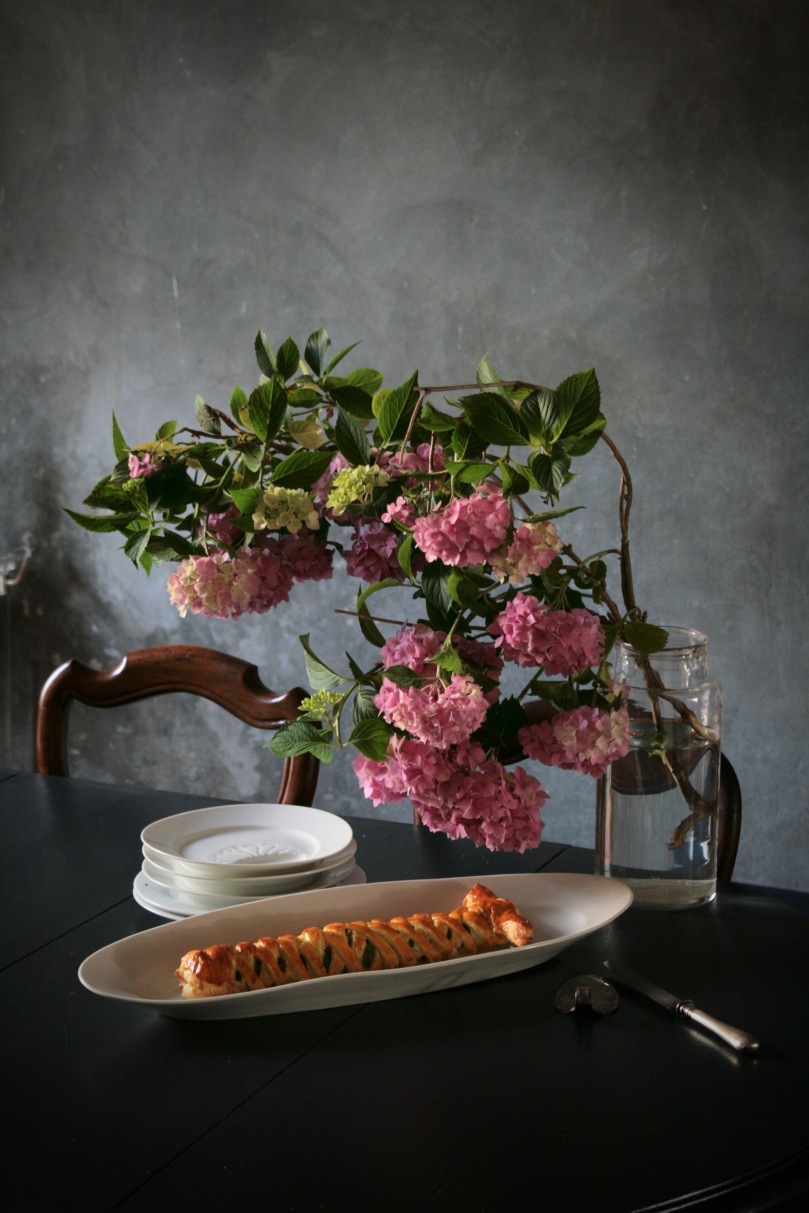 * Now I really made that Fameuse Pintade à la Marengo for the 14 Juillet but then we ate it before I could take any photographs.

**To be honest, plans overthrown occurring too often have the capacity to seriously hamper that peace of mind of mine. In that regard, this year definitely is interesting.